they are mad and not alone ! 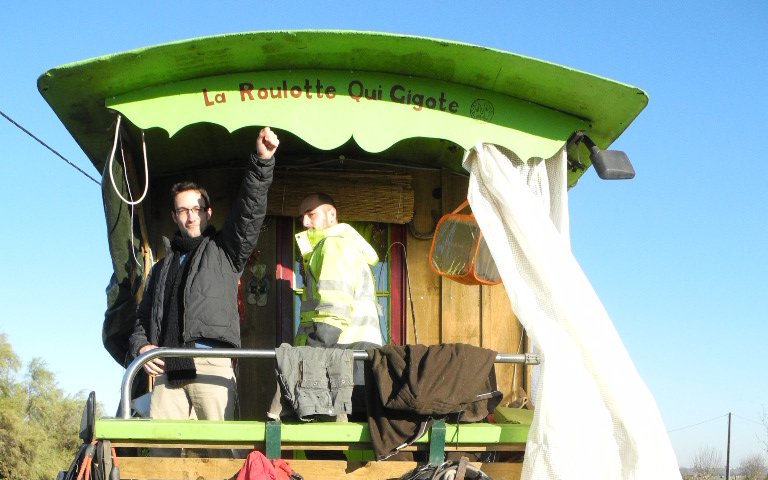 We are not alone! The gipsy travellers family is said to count 50 families.

Not an official number of course and it varies every year.

Here are a few portraits of neo-nomades met since 2013.

We met the Bernard family a few kilometers after they had crossed the Gironde estuary on the boat at Balye (a 30 min journey).

The very first encounter is tinted with curiosity, questions rocket out of our minds!

We will most certainly see achother again!

Yannick and Maude introduced us to their two sons, Théo and Arthur aged 5 and 3 yo at the time.

They took the road in July 2012, quite abrutudly after they realised they were getting tired of their previous life full of harassing work and empty of family contacts and reunions.

The aim was very close to our own, life your life, live it fully. See you kids grow up, be their full time teacher. Propose another type of society based on a plural way of life, not a standardized one.

Prove it is possible and relay this envy to people on the rad. Provide the keys to a change of life.

After 2 years and a half of travelling in horse drawn caravans, the family moved in a converted bus along with it’s new member, Emy the little sister.

Since then, they have been driving around France, Spain and Portugal from a eco village to another community where the main stream way of thinking as no grounds.

Yannick as turned into a one man show man, a TedX generation inspirer.

Our new friend are and will be a beautiful inspiration to us. Than you gipsy people! 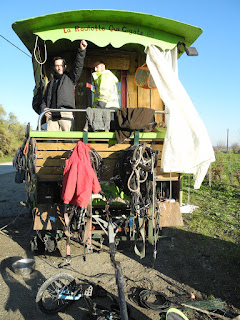 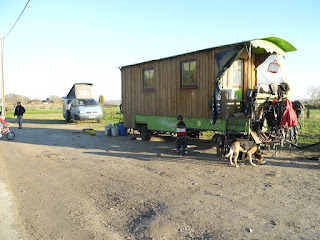 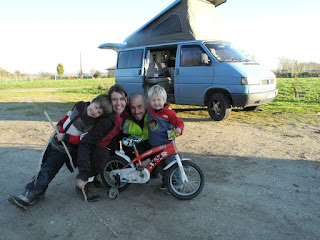 Our paths crossed in may 2016, not so far from Arcachon. They had set up their camp full of all the animals that travel with them.

No doubt, when they arrive in town, it’s like a small circus, a very happy one!

Since then, after riding down South, then are making their way back up North to the Vendée area were they first started. The original blog has been renamed with the construction of the second caravan.

Christophe is actually working on making another gypsy inspired caravan.

We are left with this open-hearted couple and we will meet again soon! 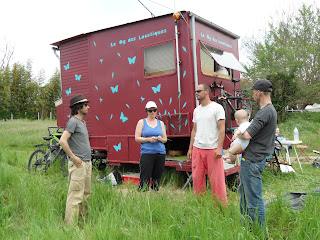 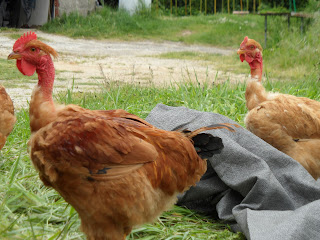 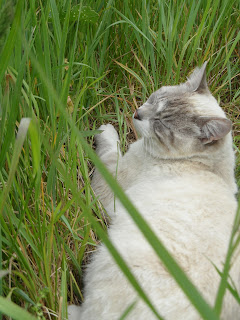 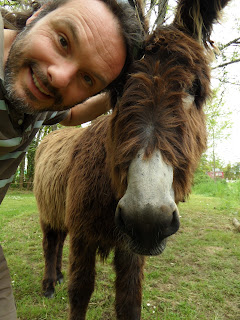 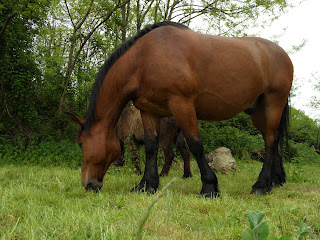 Bruno stopped at the Kérivoal farm just when we were leaving for the rest of our gypsy tour in September 2016.

The encounter was brief and we did not expected to met again 6 month later.

Bruno had made his way southbound to finally reach the Ardèche area.

Patricia shared part of this journey and they both arrived out our place a few days before we were to host a gypsy meeting ourselves.

Originally, Bruno was a cook, he also was part of the creation of the first Biocoop organic shop in Rennes.

At the beginning of the journey, he was pulling the caravan with two horses. An accident later and serious injuries for his then girlfriend and he had to change to a tractor. 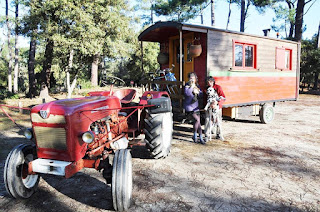 In March 2017, we met with Alex and Annah who were selling second hand solar panels.

They had stopped their gypsy caravan next to a canal in the Western border of France near La Rochelle.

Our encounter weekend was very much lively with cat chasing, chicken chasing and even the dogs managed to get away. (cf previous article). 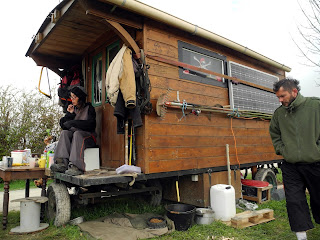 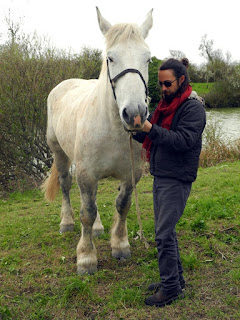 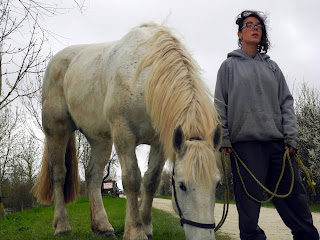 All those real life example of a horse powered nomadic life are proof, if needed, that there is a demand for nomadism and a necessity to lead the revolution 😉

They all have unique reasons and motivations for taking up the road, there is one common aim though : freedom. 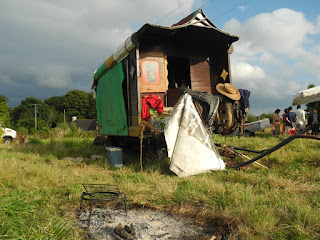 Jacques and Véronique, two 35 yo teachers, originated from Brittany, one day decided to take up the road instead of staying put : they drove the French roads for 20 years with one and then several horse drawn caravans.

They walked thousands of miles, 4 kids were born then a small circus was created, the Sky Circus. Emotions were constantly renewed, reinvigorating the initial emotional aim, living free.

“Roule, roulotte !” witnesses a small part of this journey from East to West of France in 2000. 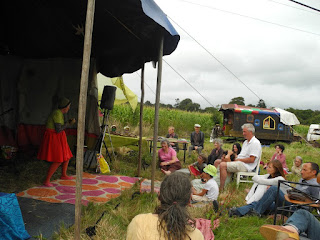 For a while, Loulou and Michelle shared their path with Jack and Véro. They then settled in Brittany. We met them at the “Brouette de Kérivoal” on community farm hosting an annual gathering of gipsy travellers.

When they travelled together, they climaxed at 7 carriages and 17 horses.

Here is a link to order the DVD of this adventure : ICI. 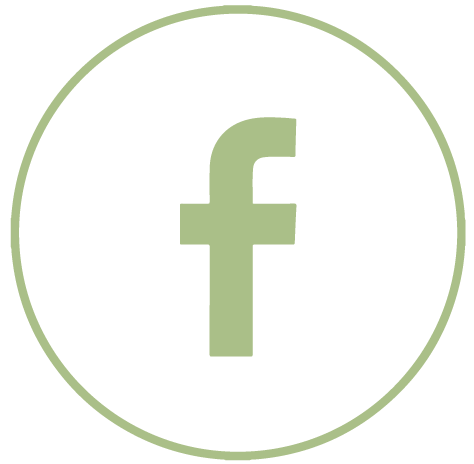 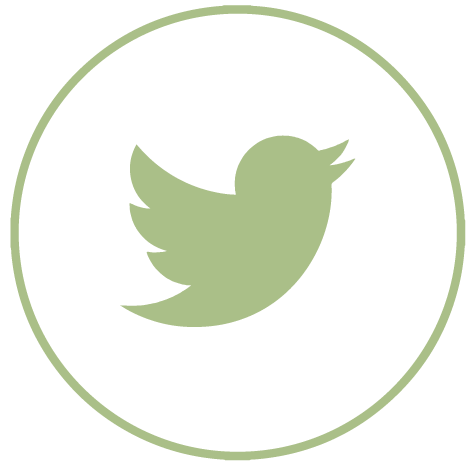 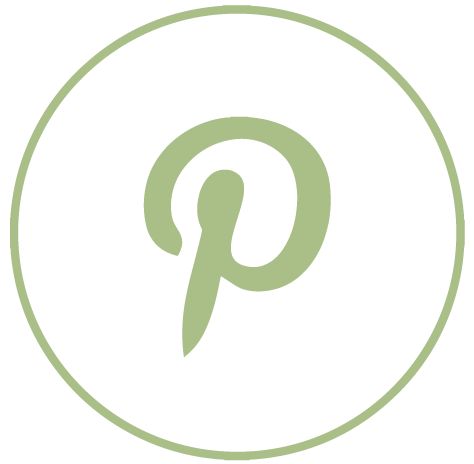